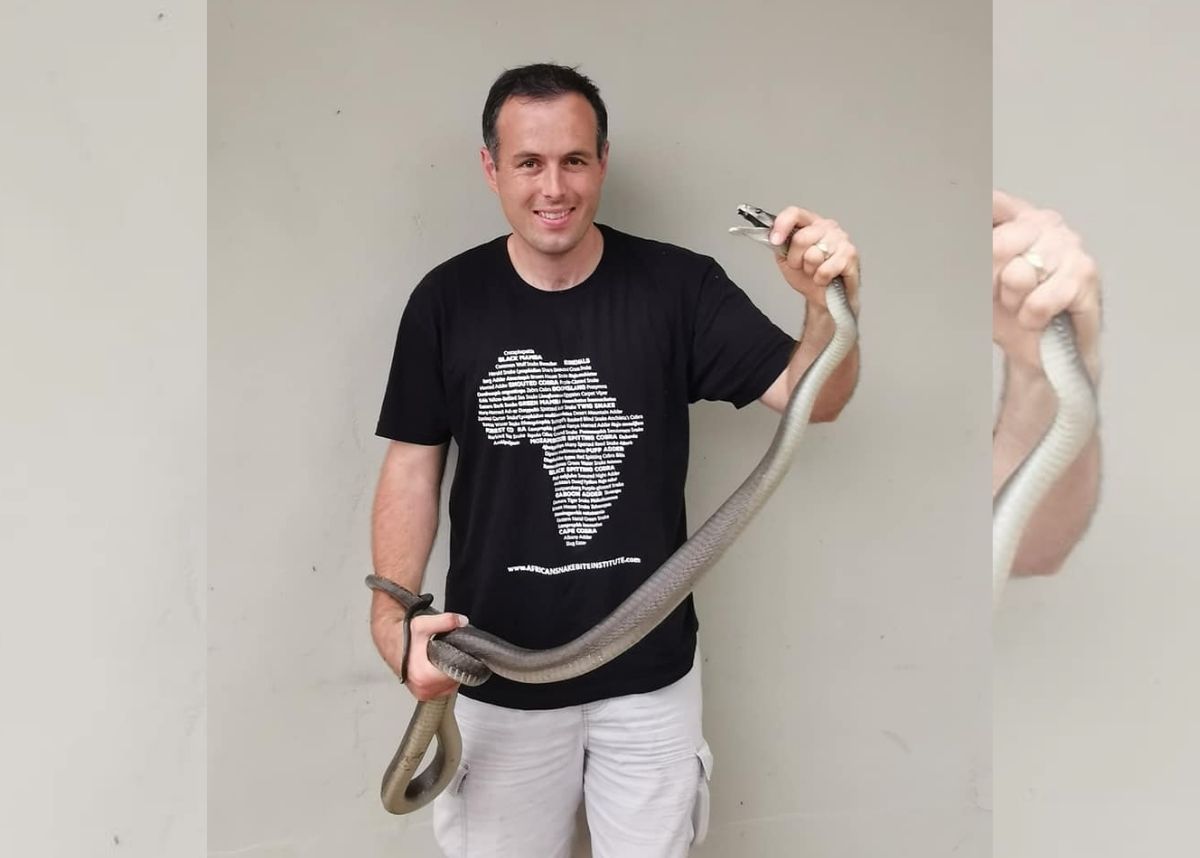 Durban-based snake catcher Nick Evans came to the rescue after a blank mamba entered a family’s home. The man who fortunately spotted the snake quickly, remembered some of Evans’s top tips on how to handle the situation.

According to Nick Evans, on Monday 27 December a man from Umkumbaan in central Durban was sitting on his couch enjoying some television with his child when he heard movement to his left. Turning to see what the noise was, he spotted a 2.5m black mamba entering the house.

The man who says he’d watched a few episodes of Nick Evans’s Snake Season, remembered that the snake expert mentioned that one should keep calm.

NICK EVANS TO THE RESCUE

When he was outside his house, the man asked his neighbour to call Nick Evans who arrived with only one mission, to get the snake out.

The Snake Season host mentioned that the black mamba was curled up behind an old oven in a tight space, but he managed to get it out.

“The most difficult part was actually getting to it, but apart from that it was straightforward.”

He applauded the man and his neighbour for calling him.

TAKE A LOOK AT SOME PHOTOS HERE

WHAT TO DO WHEN IN A SIMILAR SITUATION

Further in his post, Nick Evans says the situation could have ended differently if the man tried to hit or grab the snake by its tail.

“I go on and on about this type of thing: this is ANOTHER example proving how mambas DO NOT WANT TO BITE people. It had every chance to ‘attack’ this man and his child.”

“There would be little they could do, with the snake being so close and them almost being concerned. But no, it just wanted to hide away.”