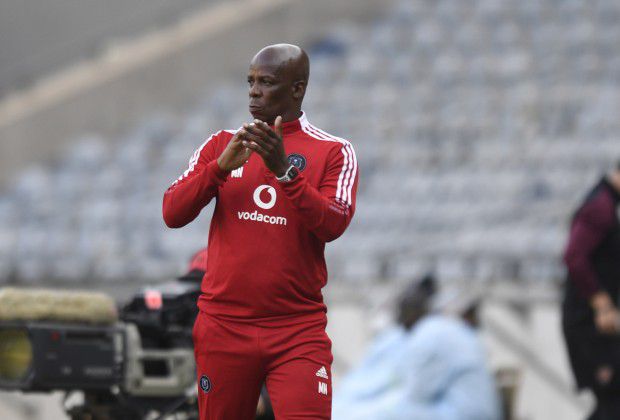 And that’s according to Pirates legend Thabo Mngomeni who said Ncikazi needs someone to help him steer the Bucs ship in the right direction.

Pirates have been blowing hot and cold this season, and their exit in the Nedbank Cup was evidence enough that their problems are far from over.

Ncikazi is working hand-in-hand with Fadlu Davids, but Mngomeni is of the view that the two coaches’ philosophies are somehow clashing.

And for that reason, Mngomeni feels Ncikazi should be kept, and perhaps a coach like Dan Malesela be roped in to help the former Golden Arrows mentor at Pirates.

“Ncikazi must be kept. We must be patient with him. Fadlu has been at Pirates for a while and it may happen that his philosophy clashes with Ncikazi’s,” Mngomeni told Sowetan.

“The management must bring at least two coaches to work with Ncikazi. Someone like Dan can fit the profile. He was once the club’s captain. So, he knows what Pirates is all about,” he said.

Furthermore, Mngomeni said Pirates players are the ones who should be blamed for the team’s below-par performance this season and not the coaching duo.

“Our players earn big salaries but they fail to perform. Pirates players are the ones to blame not the coaches. They miss good chances week in week out and concede easily,” added Mngomeni.