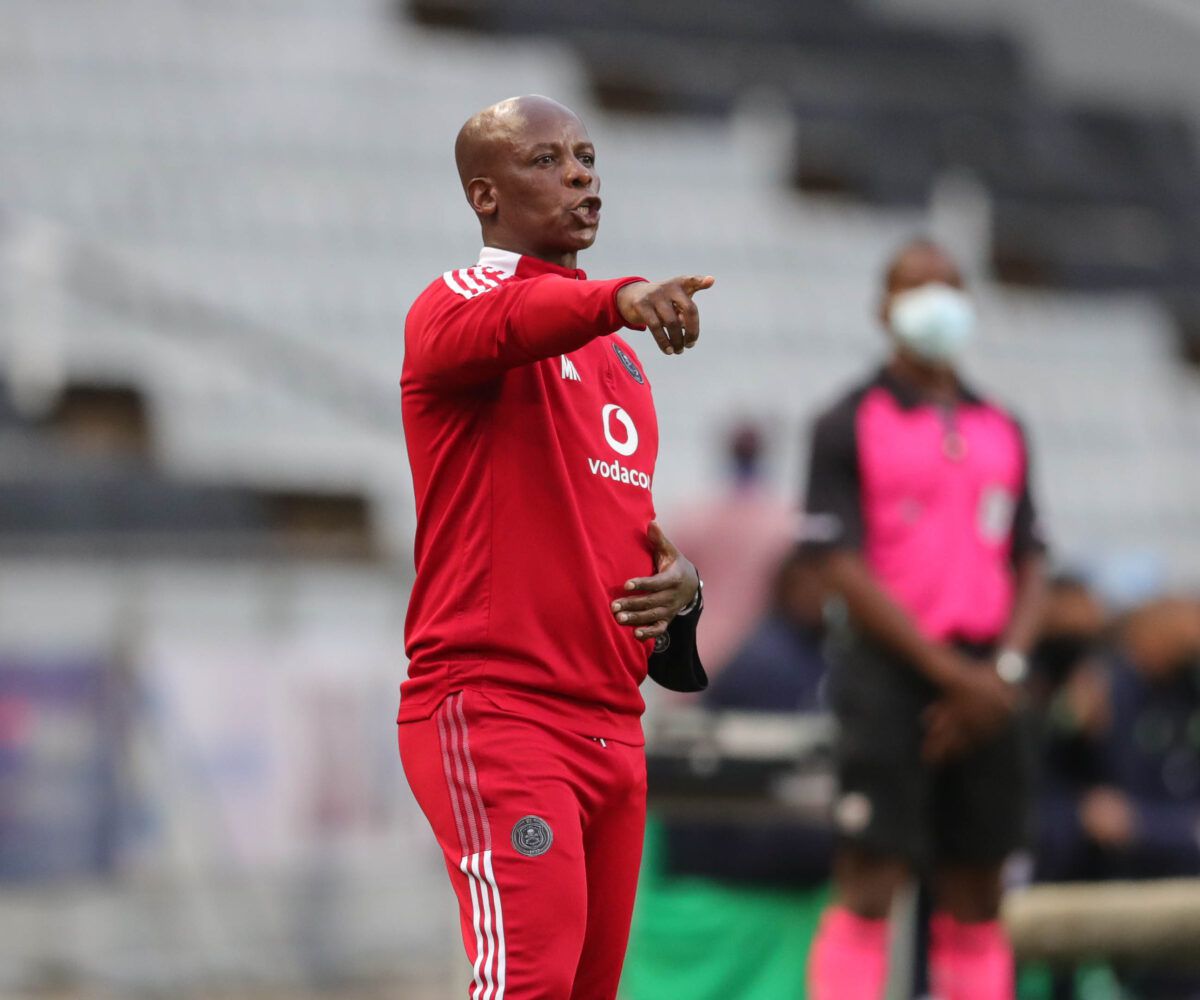 Is it the majority of Orlando Pirates that want coach Mandla Ncikazi out or it’s just a small section? Whatever the real ratio is, the pressure to fire a coach always spreads rather rapidly.

Whether it is the majority or minority of the support base who want the former Golden Arrows coach out Soweto, the club’s former number seven and respected pundit Mabalane has heard the calls.

Mabalane believes that it is simply way too premature for Bucs to be changing a coach. With all things considered, every coach should only be judged after a full season in charge.

“There’s a lot Ncikazi has done for the team,” Mabalane told KickOff.

“First we need to realise when he arrived at the club, If I remember correctly it’s been less than a year.

“He hasn’t completed even his first season with the club. So for me, it’s unfair to judge him on this.”

The player who was known as “The Terminnator” took the moment to use the excelling Mamelodi Sundowns co-coaching duo of Rhulani Mokwena and Manqoba Mngqithi as an example to management keeping patience.

“Let’s give him time, it’s going to take time and he hasn’t really had enough time. Look at the Sundowns trio [Manqoba Mqithi, Rulani Mokwena, Steve Khompela] they’ve had so much time.

“Pirates are a good team and they’ve got good players, give them at least two seasons because you can’t judge a technical team on their first season.

“With Pirates, it’s not like they are dismal, there is something there, we can see what they are building on. Their performance is not going down.

INFLUENTIAL PLAYERS ARE COMING BACK

With the likes of Thembinkosi Lorch, Gabadinho Mhango, and Zakhele Lepasa back to full fitness, Orlando Pirates could suddenly become a different team under Ncikazi and Davids.

Mabalane continued to add: “At least some of their key players that we missed have returned. Players like Lorch, Mhango and Zakhele Lepasa.

“Now that they are back let’s see how they play. So there is some positivity there. So now let’s see what the second half of the season gives us.

“But there is no reason for them not to put pressure on the league contention. Most players that were injured are now coming back to the team.

“What they’ve done right so far is that their performance hasn’t been disappointing. It hasn’t gone down, it can only go up from here. Mandla Ncikazi and Fadlu Davids so far I don’t think they have failed. There are a lot of positives to take. Let’s not be naysayers,” he concluded.

Meanwhile, the mighty Buccaneers will next take on Ncikazi former side Golden Arrows at the Orlando Stadium on Wednesday.