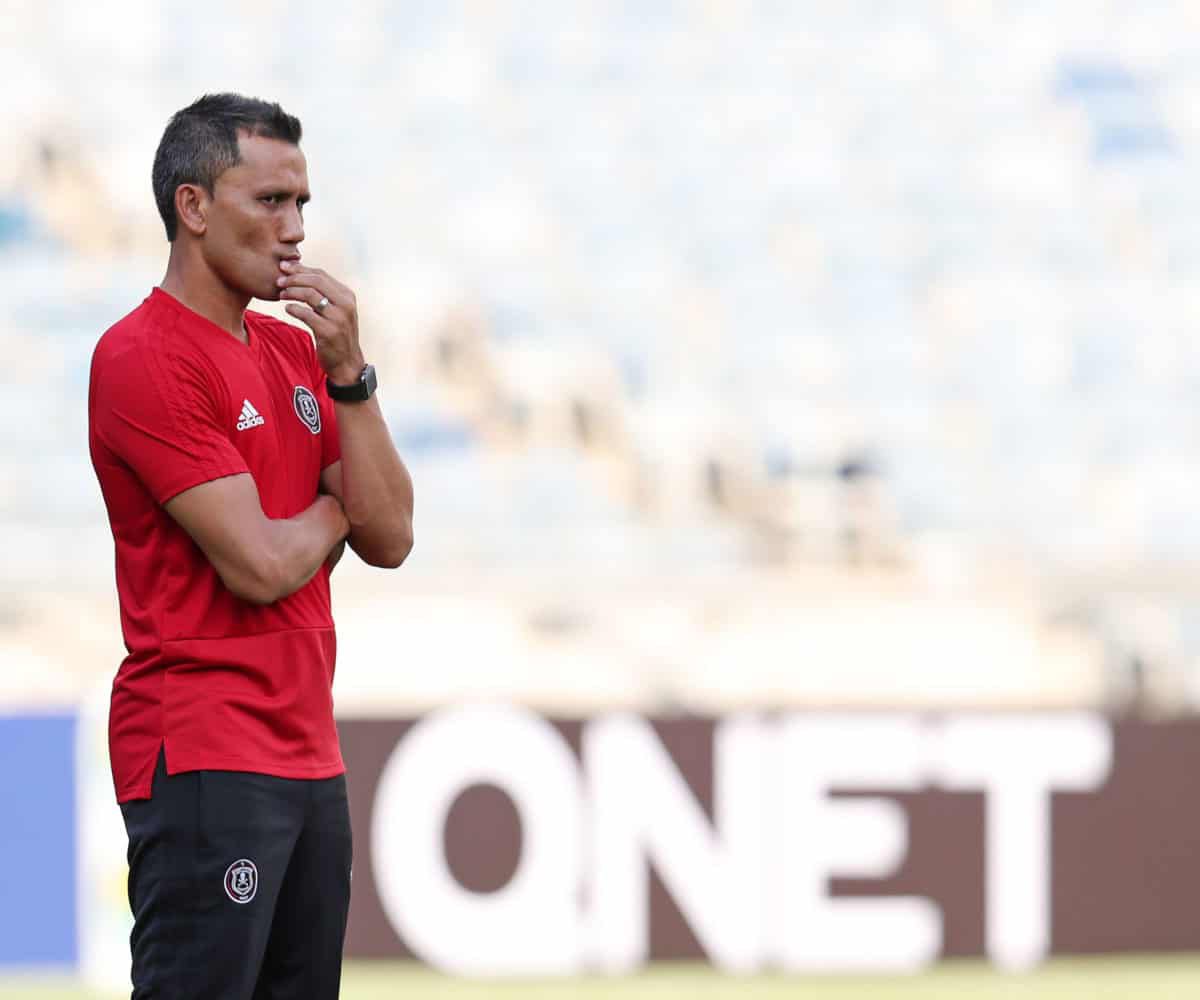 Orlando Pirates co-coach Fadlu Davids has lifted the lid on the team’s plans for the January transfer window which opens in less than a week.

Speaking to the media, Davids confirmed plans to bolster their goalkeeping and attacking departments.

And that’s because he feels Pirates are thin in the goalkeeping department as Richard Ofori has been out for months now with a hamstring injury.

READ | WHERE WOULD SIYETHEMBA SITHEBE FIT IN AT KAIZER CHIEFS?

“There are some areas… internally, there are discussions in terms of those areas we need to strengthen,” Davids told reporters.

“It showed now with Ofori being out for long, upfront area in terms of the No.10s, the attacking players with Pule and Lorch, and Collins Makgaka coming in.

“Now, he’s just missed the last three matches. There are areas that we have identified, that we are having discussions about internally,” he confirmed.

“I don’t want to be quoting positions but overall, there are other departments that need quality and depth to be able to sustain us,” continued Davids.

Davids further admitted that with the CAF Confederation Cup group stages around the corner, Pirates will need depth in order to cope with the fixture congestion.

READ | WHEN IS THE NEXT DSTV PREMIERSHIP MATCH? SOONER THAN YOU THINK!

“We know it’s a period where we will be traveling into CAF, it’s the group stages and playing a match every three days,” admitted Davids.

“And you know that you don’t want to rotate, you want to play the strongest team but there are going to be these moments where another player comes in and you don’t lose the structures, you don’t lose the big depth in terms of replacements,” he added.

“So, of course, we are always striving to be better and to be stronger, and that is what we will do,” concluded Davids.