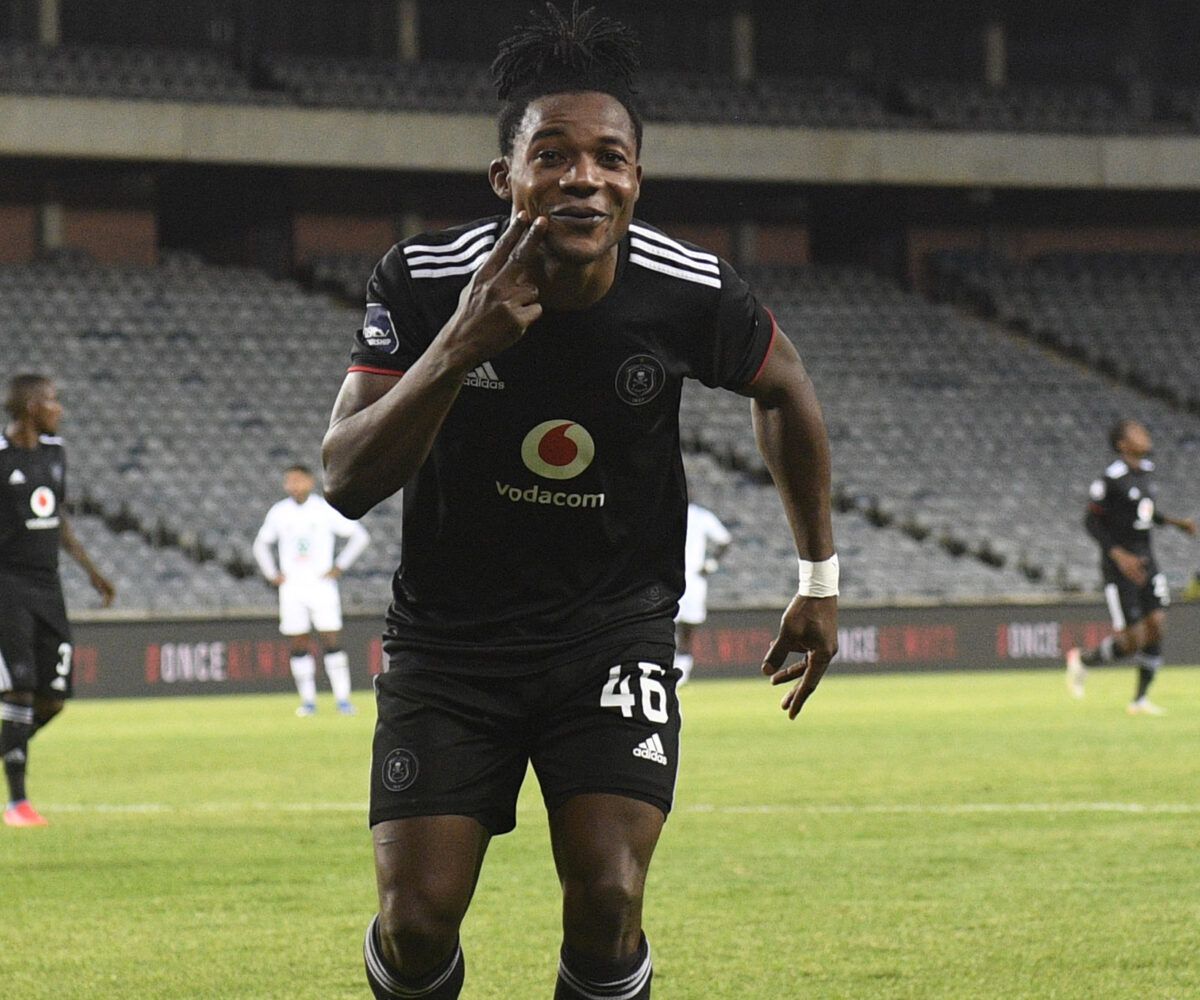 Orlando Pirates striker Kwame Peprah has been nominated for the DStv Premiership Young Player of the Season award.

The Ghanaian forward joined Bucs at the start of the season, and since his arrival, the dreadlocked raised his game to become the club’s leading striker.

Born on 16 December 2000, Peprah is turning 22 later this year, but he will finish the current campaign aged 21 and he fits the category.

Peprah has, so far, featured 21 times in the league for Pirates this season and found the back of the net five times.

WHO ELSE WILL GO HEAD-TO-HEAD WITH PEPRAH?

Peprah will go head-to-head with Athenkosi Mcaba of Stellenbosch FC and Luke Fleurs of SuperSport United for the individual accolade.

Mcaba is a 20-year-old centre-back who featured 13 times for Stellies this season while Fleurs, 22, featured 20 times for Matsatsantsa this season.