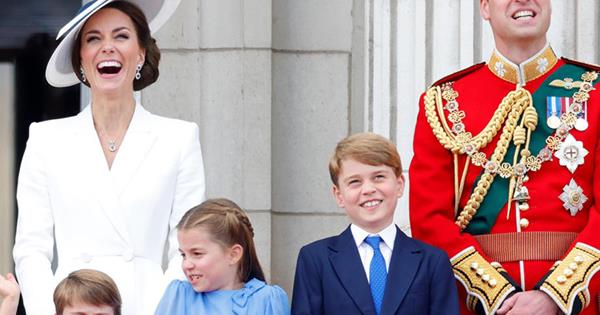 Prince William and Kate Middleton have reportedly responded to a birthday invitation sent to their son Prince George and what they wrote has delighted royal fans.

It’s common knowledge that royals receive an incredible number of letters and invitations every year, including requests for them to attend weddings, birthdays and more.

Now George, nine, has started receiving mail of his own, including a sweet invitation to a little girl’s sixth birthday party.

And though he couldn’t attend, his parents made sure to send the anonymous girl a touching letter explaining why from the palace.

“The Duke and Duchess of Cambridge have asked me to thank you for your letter, in which you invite Prince George to your 6th Birthday party,” read the royal reply, via The Express.

“I am sorry that it took so long to reply. Their Royal Highnesses were extremely grateful for your kind invitation.

“Having given careful consideration to the possibilities, however, I very much regret that Their Royal Highnesses reluctantly feel they have to decline.”

As much as George may have loved the chance to attend the birthday party, the royals are very careful about their children’s safety and privacy.

But the note continued: “The Duke and Duchess of Cambridge were immensely touched that you should take the trouble to write as you did to their son, Prince George.

“It really was most thoughtful of you and Their Royal Highnesses have asked me to send you their warmest thanks and best wishes. Nevertheless, I hope you enjoy your birthday.”

The girl’s mother reportedly shared a photo of the note on Twitter, writing that it was “something amazing to keep” for when her daughter grows up.

Kate and William have been known to answer royal fan mail in the past, especially letters of congratulations for major milestones, like the births of each of their children.

However this appears to be the first time they’ve responded on behalf of their son George, who can expect plenty of letters in the years to come.

He’s been taking on an increasingly public role lately, accompanying his parents to events like the Platinum Jubilee celebrations and Wimbledon this year alone.

Meanwhile sister Princess Charlotte has attended the Commonwealth Games with their parents, while youngest brother Prince Louis has remained out of the spotlight.