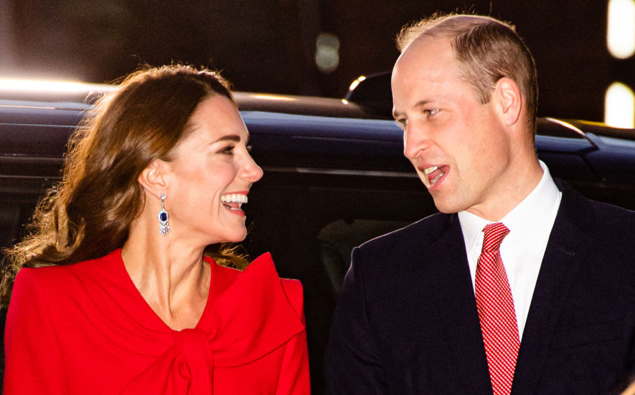 Prince William has revealed what his ideal Christmas gift would be – a win for his favourite Premier League soccer team Aston Villa.

The Duke of Cambridge hasn’t had much time to think about what he wanted for Christmas and he’s been too preoccupied with his family – his three children, Prince George, eight, Prince Louis, three, and Princess Charlotte, six, and his wife Catherine, Duchess of Cambridge – but if he had to chose one thing it would be for the Birmingham-based club to be victorious in their game on Boxing Day.

Talking on hospital radio, he told a patient of The Royal Marsden NHS Foundation Trust: “I’ve not had much time to think about it because I’ve been thinking about my children and what they want for Christmas.

“But if I had to choose right now, then I would say I want my favourite team which is Aston Villa to win their football match on Boxing Day.”

William, 39, would also like to ensure that everyone enjoyed Christmas by bringing them all together for a party, and that if he was in charge of the festive holiday there would be no COVID-19.

William said: “I think I’d have to make sure everyone could enjoy it.

“So, we’d have to bring everyone together and have a big party and there would be no COVID and there would certainly be no cancer in the world if I was in charge of Christmas for the day.”

Prince William has been President of the Royal Marden for 14 years now, a position that was previously held by his late mother Princess Diana.

The British Royal Family, who usually exchange festive gifts amongst themselves at Sandringham on Christmas Eve (24.12.21), have had change many festive plans due to the outbreak of the Omicron COVID-19 variant in the UK.

Queen Elizabeth – William’s grandmother – already cancelled her pre-Christmas family lunch at Windsor Castle because she did not want to be put anyone at risk and ruin anyone’s Christmas plans if they caught coronavirus.

The 95-year-old monarch’s decision came after the UK Prime minister Boris Johnson, 57,  and England’s chief medical officer Professor Chris Whitty, 55, advised the nation to limit their social contact in a bid to stop the virus from spreading.