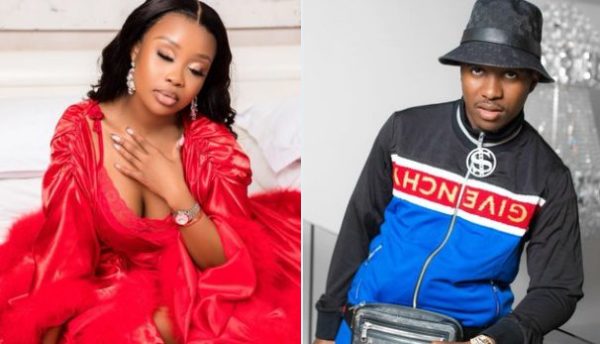 It all started earlier last week when Sithelo made shocking allegations of abuse against him.

She dropped the abuse allegations bomb during a live question-and-answer session on her Instagram stories on Tuesday evening.

She continued by claiming that he mistreated her when she was expecting and that she blamed him for the miscarriage. In addition, the influencer stated that she had once been beaten in front of Andile’s friends and family.

Well, Andile is reportedly questioning the paternity of his children with influencer Sithelo stating she had not been faithful throughout their relationship.

The publication claims that Andile wants Sithelo to take paternity tests for their two children on Monday or Wednesday according to a letter from his attorney Taleni Godi Kupiso Inc.

The pair have two children together; Baby Flo and Baby Coco.

“Our client has in recent past requested that you both take paternity (DNA) tests in respect of Baby Flo and Baby Coco to lay to rest the old rumors of infidelity on your part when the kids were conceived,” read the letter.

“And instead of addressing our client’s genuine request, you opted to divert attention from the real issues at hand by throwing up allegations of abuse against our client,” the letter continued.