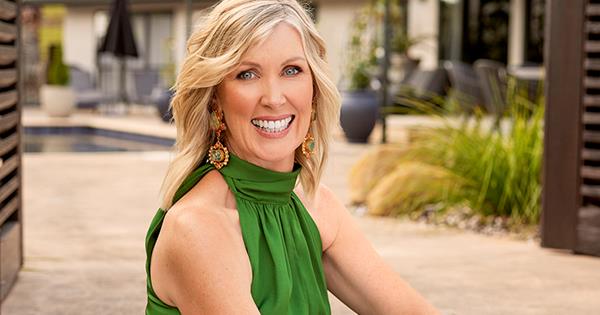 When Rachel Smalley returns to radio next week, it will be with a happy heart and new energy, thanks to two things: a four-year break from broadcasting and the support of a close group of women friends.

Her show First Light on the new radio station Today FM means an early start at 5am every day, but she has done this before when she hosted Early Edition for four years at Newstalk ZB. She left in 2017 because she needed a life change and, she realised afterwards, she was exhausted.

“I was so fortunate because a lot of them said to me: You’re exhausted. You’ve been living in a crazy world for so long that you can’t see the wood for the trees.

“They told me to extend my mortgage, take six months off work and spend a bit of time trying to work out what to do with my life, and I’m really pleased I did.”

She then went to work for the Ministry of Housing for a year, which taught her about public service and how that interacts with government. But then she signed up for a year-long Global Women Breakthrough Leadership programme and for the first time in a long time she felt supported.

“I realised that I had become quite isolated with the work I was doing and this programme gave me a network of 30 women from all walks of life who became my besties, and they still are. We have a fantastic WhatsApp group, and we all know so much about each other and the challenges we’ve faced in life.”

Rachel says during that time the women wrapped themselves around her and encouraged her to set up her own business.

“They told me that was where I would find my purpose and they gave me the confidence to do it.”

Rachel started a business as a communications consultant, helping corporates and charities with their storytelling, which she will continue to run while holding down her new radio job.

“Most of my work is helping corporate people like CEOs relate to and connect with people instead of just talking about the business. They learn to share some stories about their own life with people.

“I do have a no arsehole policy though,” she adds. “I won’t work with someone who wants help getting out of a tough situation but isn’t prepared to change anything about the way they operate.”

Rachel says the time is right for her to return to radio.

“What’s led me back is that I feel much stronger now. Turning 50 has been a game-changer. I’m older and wiser, and I don’t need to sweat the small stuff any more,” she says.

“Four years away from the media has given me a reality check about what’s important to me and my family. It’s a different perspective.

“When you turn 50, you tend to not worry so much about stuff and you drink the wine and eat the cake!”

Although eating cake wasn’t on the cards for Rachel when she celebrated her birthday last year on November 5.

Her partner Dave Pretorius had organised a cycling trip from the Alps to the Ocean in the South Island for 10 of their friends. But because of the Delta outbreak, they had to postpone it.

“Instead, he organised a great bike ride around the Lake Dunstan trail in Central Otago, which is one of my favourite places on earth. It was just the two of us in January, and it was so lovely and sweet.”

Rachel’s first job in the media was on the radio reading the sports news next to the amazing Angela D’Audney, who acted as a mentor, and who sadly passed away in 2002.

“I remember her turning to me once in the commercial break and saying, ‘I don’t know what we’re going to do about your Kiwi accent,'” Rachel laughs.

The two of them bonded over their love of vintage cars, with Angela driving a Jaguar XJ6 and Rachel an MG BGT.

“I was really scared of her, but one day I called her because there was a great article in the NZ Herald about Jaguar XJ6s and I thought she might like to read it. She told me it was a kind thing to do and that was a bit of a tipping point. She took me under her wing after that.

“She would ring me up and tell me I was mispronouncing words like Iran and Iraq.”
This time around, the early starts will be different with Rachel’s son Finn, who is now aged 13, at high school.

“I’ll probably be home in time to get him to the school bus in the morning and if not, Dave will be there to drop him off.”

Rachel shares parenting Finn with his dad Luke, who has him every second week. And meanwhile, she and Dave, who is a stockbroker, have recently moved in together after buying a three-hectare property, north of Auckland.

“We’ve been together for three years and moved in here during lockdown, so it’s been quite a journey,” she shares. “Fortunately, Dave likes mowing lawns and I’d like to turn the whole thing into gardens, so we’ll see how that goes. I may have bitten off more than I can chew!”

“It’s interesting because when you’re in that space of meeting someone in your 20s, it’s very different to when you’re in your 40s. When I was much younger, it was all about how good looking he was, if he was a really good dancer and what car he drove. Now, I can categorically say that Dave is not a great dancer,” she laughs.

“When you get to my age, you know pretty early if it’s a good mix or not. Dave’s amazing. I’m very, very lucky.”

Rachel still loves cars and drives a Tesla, which she says made her mother of the year with son Finn.

“Every time I would go to fill up my old car with petrol, he would be sitting there, saying, ‘Nice work, Karen, killing the planet one full tank at a time,'” she laughs. “So having an electric car is pretty cool with him.”

When Rachel turns up for her first day at work, there will be a few familiar faces for her to hug. She worked with the new breakfast host Tova O’Brien years ago when Tova had just started out and has a lot of respect for her.

“I’m stoked to be working with Tova and really happy to be her bridesmaid leading into her show,” she tells. “I also love that there are two women hosting those first two shows of the day.”

And Rachel is looking forward to working with her boss Dallas Gurney, who hired her back at Newstalk ZB. “I feel like there is a bit of unfinished business for us and he is a brilliant boss. He’s a visionary for Today FM. We all know it will be a really slow burn, but we’re committed to working hard to grow this new station.

“I love the fact that he doesn’t want us to be antagonistic on air. He wants us to be solution-focused with strong debate.”

But if running her own business and hosting a very early morning radio show isn’t enough, Rachel will also be continuing her involvement with a website she set up called The Medicine Gap, which tells stories of New Zealanders who are denied life-changing modern medicine because of a lack of government funding.

It’s obvious Rachel is very passionate about this issue as she talks animatedly about the situation.

“You don’t really know about this issue until you get sick. There are people living with diseases or disorders like head and neck cancer, Crohn’s disease, cystic fibrosis, spinal muscular atrophy or multiple sclerosis. There are medicines which we don’t fund but would make a huge difference to their lives,” she asserts.

“I looked at the situation and knew that I couldn’t raise the millions of dollars they needed to buy the drugs, but I could tell their stories. So on themedicinegap.co.nz I write stories to help New Zealanders understand the situation we’re all in.

“If you’ve got a good health insurance policy it might cover the first $10,000 of your $60,000 treatment, but it won’t cover the rest. Then you have to pay GST on top of the medicine and you may have to pay $1500 every few weeks for a nurse to administer the drugs too. Our hospitals won’t help you.”

Rachel feels strongly that there needs to be more work done in this area and is committed to keeping her website going at least until the next election.

But by any measure, a radio show, a content-hungry website needing support and a business to run is a lot for one woman to handle.

“Dave did sit me down and check in with me that I wasn’t trying to be superwoman, but I’m not. It’s good to have my fingers in a few pies and that’s one thing I have learned. Also, we need more women on air and more women my age talking about some of these issues.”

And what did her 30- strong, empowering global women network say about her going back to radio? “‘Go for it!’ They have my back,” she laughs.