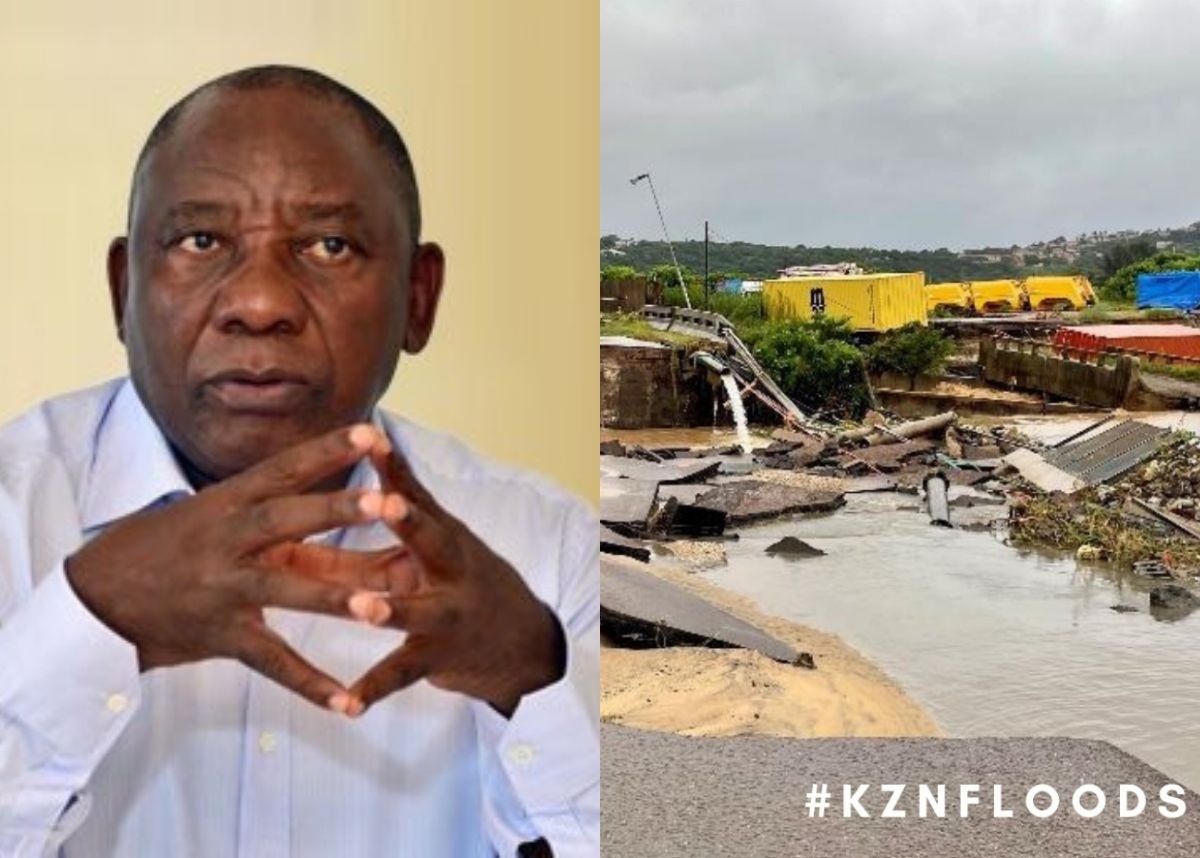 President Cyril Ramaphosa addressed a joint sitting of Parliament on Monday regarding the floods that recently wrought chaos in KwaZulu-Natal. Efforts to rebuild and resuscitate the province were detailed.

PICKING UP THE PIECES IN KZN

He began by thanking all those in attendance at the special joint sitting of the Houses of Parliament so that the members of the National Assembly and the National Council of Provinces could express solidarity for those affected by the floods.

Ramaphosa said the national state of disaster declared a week ago was to enable the mobilisation of resources, capabilities and technical expertise in providing relief, recovery and rehabilitation to affected communities.

“The first focus was on humanitarian assistance, ensuring that all affected persons are safe and that their basic needs, like food and water, are met. This meant working with NGOs, religious bodies, companies and relief organisations along with the different spheres of government which have been providing meals, blankets, dignity packs and other essentials to displaced individuals in shelters, schools and community halls,”

Relief also comes in the form of Social Relief of Distress grants to affected individuals, the supply of emergency water, provision of school uniforms and assistance with funeral costs. Mobile classrooms are being deployed to damaged schools and repair work is underway to ensure a return to schooling in these areas as soon as possible.

Ramaphosa says the second phase of the response is stabilisation and recovery followed by a third phase focusing on reconstruction and rebuilding.

READ MORE: “No one ever really predicted that” – Ramaphosa on devastating KZN floods

UN HAVE BOOTS ON THE GROUND IN KZN

eThekwini received around 30% of its annual rainfall in a day, or better put the equivalent of 110 days of rainfall in about 24-hours.

Ramaphosa had the grim responsibility to recount the devastation of the KZN floods.

“At least 435 lives in the province. There are 54 people still missing or unaccounted for and over 5 700 houses have been completely destroyed and nearly 10 000 houses partially damaged. Around 630 schools have been affected and over 100 schools are not accessible at present. Sadly, 58 learners and 1 educator have passed away. Five learners are still missing,”

From Monday, 25 April to Thursday, 28 April, a technical team comprising of members from various UN agencies are meeting with the Provincial Disaster Management Centre and the eThekwini Municipality. The meeting is to assess areas of support by the UN Development System.

“We have been supporting the province following the 2019 floods and last year’s civil unrest. We will continue to support rebuilding efforts to ensure that no one is left behind. We stand committed and ready to assist where needed,”

said Ayodele Odusola, the Acting Resident Coordinator for the UN in South Africa.