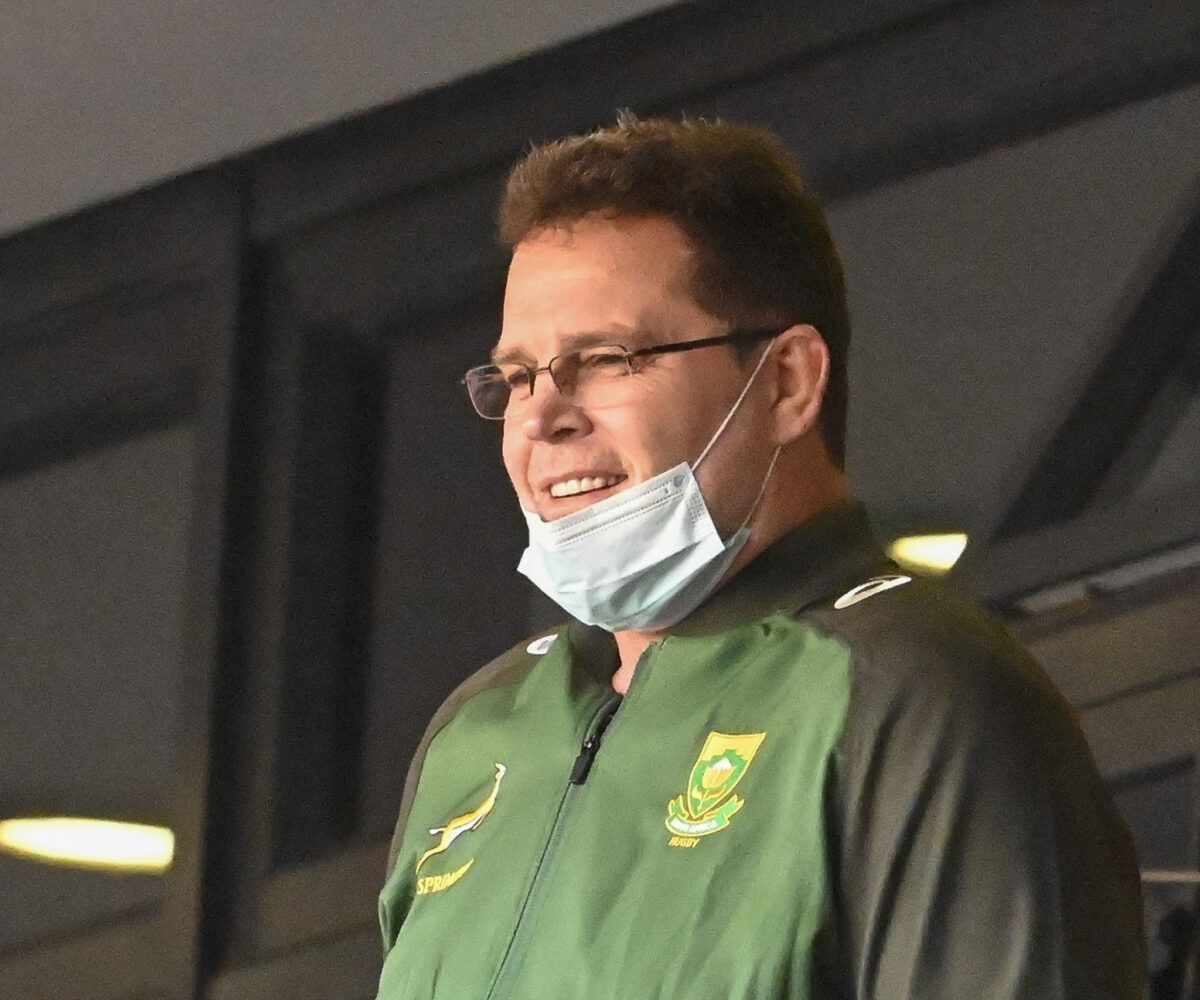 Erasmus on Saturday posted that he was attempting – but struggling – to have a pornographic post that was retweeted by his handle, deleted.

EXPLAINER | HOW THE BLITZBOKS TOP THE LOG DESPITE HAVING FEWER POINTS!

Erasmus apologised to his nearly 90 000 Twitter followers, writing: “Sorry guys about that inapropriate (sic) tweets!! The handle has been hacked!! Really sorry about that!! I am trying to sort it out !!! Rassie.”

In a later post he claimed that the post had been deleted from his side, but was still appearing “in some places”.

At 11:30 on Saturday, the explicit clip was still viewable on the 49-year-old 2019 Rugby World Cup-winning coach’s timeline.