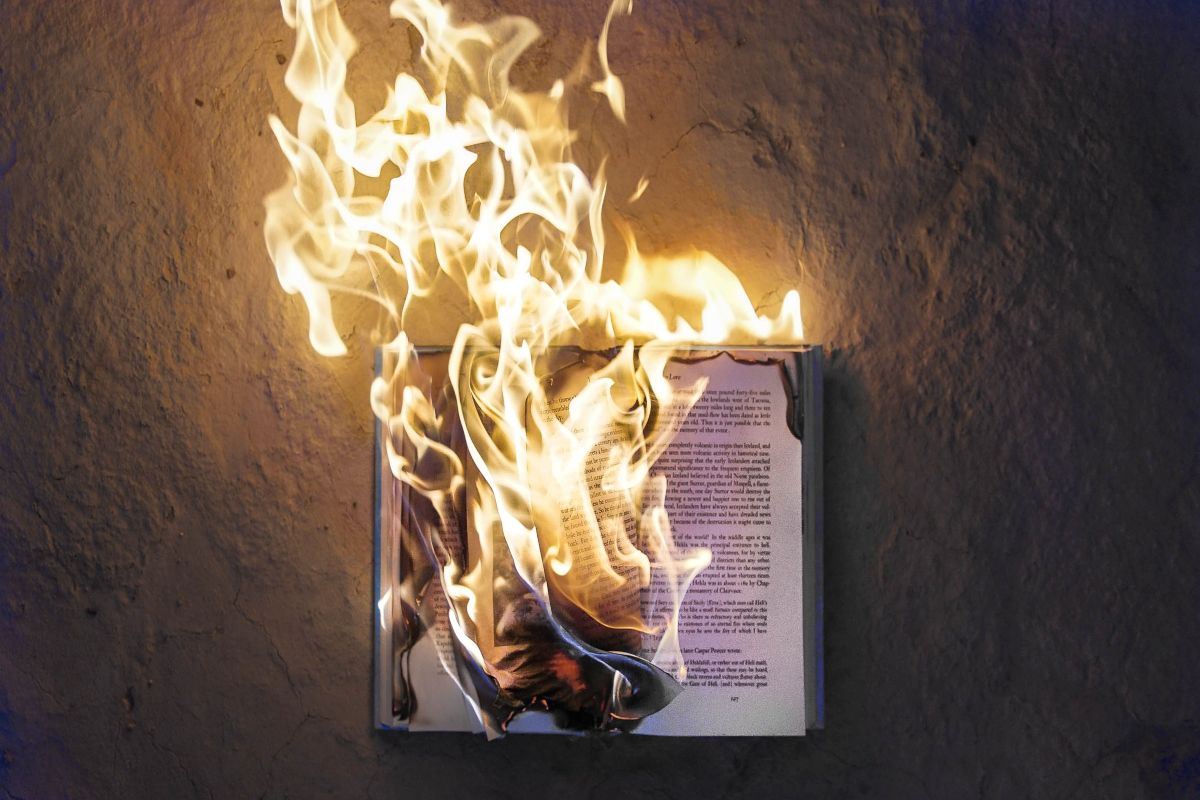 As a nation, we have a responsibility to learn from our mistakes and prevent history from repeating itself. One way to do this is to listen to the stories of those who lived through the apartheid struggle and recorded their experiences for future generations. Sadly, at the time, the apartheid regime saw it fit to ban certain books in the hope of them never seeing the light of day.

Luckily, those books, though banned, survived and can (and should) now be read by all of us.

Here is a list of five books which were banned in apartheid South Africa. Let this list serve as a source of inspiration for your own 2022 reading, as we look back and listen to the voices of writers who refused to be suppressed.

Looking on Darkness (originally published under the title Kennis van die Aand) was the first Afrikaans book to be banned by the Apartheid government. As an act of retaliation, Brink chose to translate the book in the hopes of it escaping censorship.

This novel tells the story of a black actor named Joseph Malan as he awaits execution for the murder of his white lover, Jessica Thomson. As he waits on death row, Malan recalls his romance with Thomson as well as his political relationship with his comrade, Dulpert.

Looking on Darkness dared to show the true horror of Apartheid as it invaded the lives of South African citizens and laid bare the true horrors of colonialism.

Steve Biko was one of the most formidable anti-Apartheid activists who preached resistance through his writing. He was the forerunner of the Black Consciousness movement and his works explore the psychological toll of fighting against a racist system.

I Write What I Like is a collection of articles he wrote and speeches he delivered at the height of Apartheid in the 1970’s and is a true testament of his writing prowess and the power of resistance.

Nobel Prize-winning author Nadine Gordimer caused quite the stir with her revolutionary work titled Burger’s Daughter. It tells the story of Rosemarie Burger, the daughter of Lionel, who is an Afrikaner political dissident.

Gordimer explores the concept of white consciousness trapped in unearned and discomforting privilege within Apartheid society. The book has won praise for the complex ways in which it explores Rosemarie’s moral and political crisis, and places her individual exploration within the context of the events between Sharpeville 1960, Soweto 1976, and October 1977.

In his autobiographical work, Down Second Avenue, Es’kia Mphahlele leaves no road untravelled as he explores his own reality of growing up in Apartheid South Africa. He opens up about the extreme poverty and police brutality he experienced during his childhood years.

This book was quickly banned following its release as the Apartheid government tried to silence Mphahlele and prevent his work from seeing the light of day. Mphahlele’s voice was not to be silenced forever and today, nearly 30 years later, he is still considered one of the most compelling Apartheid writers.

Author Miriam Tlali made history by becoming South Africa’s first black woman to publish a novel in English. This did not stop her work from quickly being banned because of its raw and honest portrayal of life as a black female in SA during this time.

Between Two Worlds (also published under the title Muriel at Metropolitan) is semi-autobiographical and explores the toll a dominating, racist and sexist regime had on black females. It is a work that truly stands the test of time and remains pertinent in our world today.