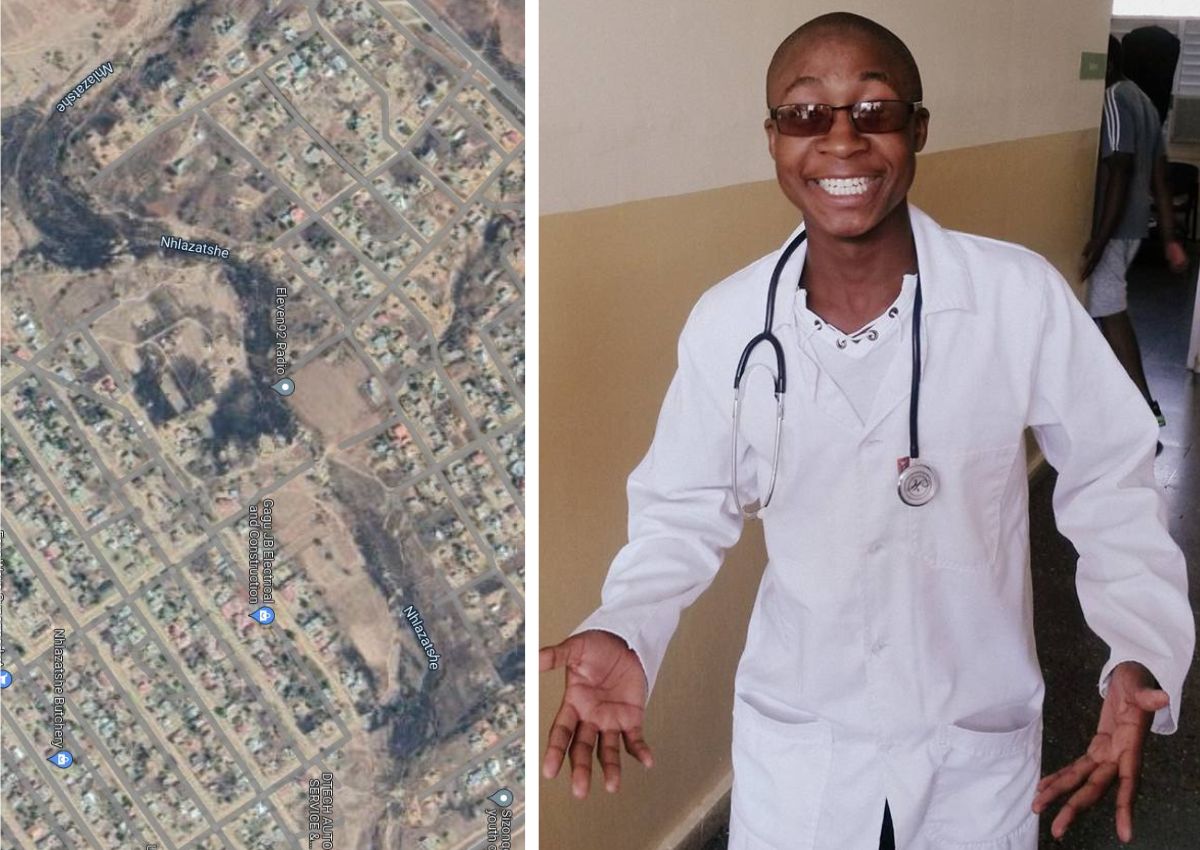 Police said Wiseman Mthunzi Zwane, who was a respected medical student, was BRUTALLY stabbed and thrown into a river.

According to police spokesperson Colonel Donald Mdhluli, members of the community found the Wiseman’s body in a river at Nhlazatshe with stab wounds and then alerted the police.

Mdhluli said the 26-year-old Wiseman Mthunzi Zwane was about to complete his clinical training at Free State University.

“On Friday 08 July 2022, the police at Elukwatini were led to the suspects after conducting their investigation.

“Police followed up on some leads and first arrested an 18-year-old suspect at Nhlazatshe, while the second suspect (a 17-year-old minor) is currently under police guard in hospital after being assaulted by members of the community prior to his arrest.”

HIS BODY WAS FOUND BY COMMUNITY MEMBERS IN THE RIVER

He furthermore said one of the men who were arrested in connection with the brutal murder of Wiseman appeared at the Chief Albert Luthuli Magistrate’s Court on Monday.

The other suspect, the teenager, will appear in court soon.

“Police cannot rule out the possibility of making more arrests in this matter as the investigation progresses. During the court appearance, the matter was postponed until 19 July 2022 for a formal bail application.”

The Provincial Commissioner of the SAPS in Mpumalanga, Lieutenant General Semakaleng Daphney Manamela, has commended the police for making headway in this matter.

‘A YOUNG LIFE WAS VIOLENT CUT SHORT BY CRIMINALS’

“A young life was violently cut short by criminals, and the nation, as well as the entire world, has been robbed of a young star who could possibly bring solutions to health challenges that we face today.

“Be as it may, we welcome the arrest of the suspects with the hope that justice will be served for the family of the victim.”

The MEC for Health in Mpumalanga, Sasekani Manzini said Wiseman started studying medicine in Cuba in the year 2015. He came back last year in July 2021 to complete his clinical training at the University of Free State.

ALSO READ: What?! Paramedics ROBBED while trying to save a critically ill patient

‘THE ENTIRE WORLD HAS BEEN ROBBED OF A YOUNG STAR’

He was in the last final six months to complete his studies. Wiseman went missing on Sunday, 3 July 2022, and was found murdered on Wednesday at Nhlazatshe River with stab wounds.

“Another attack and murder of our healthcare worker is a serious concern and a setback to the Department and the province. The family and the people of the province have been robbed of a young and talented doctor at the hands of criminals.

“The family has lost a son. The nation lost a healthcare worker and a soldier that was ready to come back to the communities to share his expertise in providing healthcare services. We urged our communities to desist from engaging in violent conduct in the name of addressing disagreements.

“We call on all law enforcement agencies to leave no stone unturned in investigating the circumstances surrounding this incident. We further would like to send our deepest condolences to the family and friends of the deceased.”