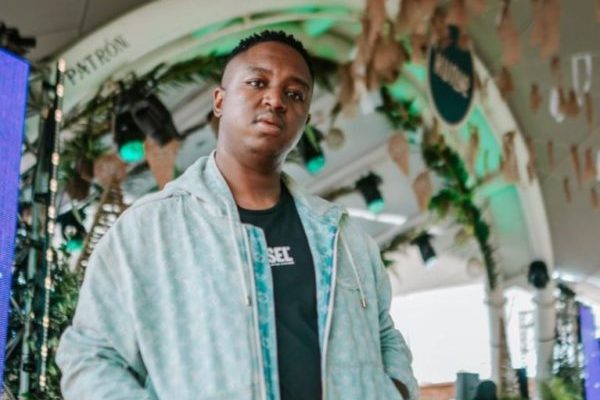 DJ Shimza has found himself in a social media storm after he was accused of trying to exploit graphic designers.

This is coming after the star posted on Twitter that he is looking to change his logo and needs graphic designers.

He said: “Graphic design Twitter, I’m looking at changing my logo. Please send me design suggestions for me to check out.”

Well, black Twitter accused Shimza of trying to scam graphic designers into designing a new logo for him for free.

However, the tweet did not sit well with so many as they dragged and accused him of trying to scam graphic designers.

Social media users alleged that Shimza was trying to get people into designing his logo without compensating them.

They argued that instead of asking graphic designers to send their design suggestions, Shimza should have asked to look at their portfolios to see if he liked their work.

Graphic design Twitter, I’m looking at changing my logo, please send me design suggestions for me to check out 🙏🏾

Following the Twitter backlash, DJ Shimza sought to set the record straight on what he tried to communicate

He said in response to one tweep: “I’m saying to them ‘here’s an opportunity to make money! If I like your design I’ll pay for it. I was not forcing anyone to do any work for free”.

Your full plate might come from just putting your empty plate on the table. pic.twitter.com/K4mZlw1lQn