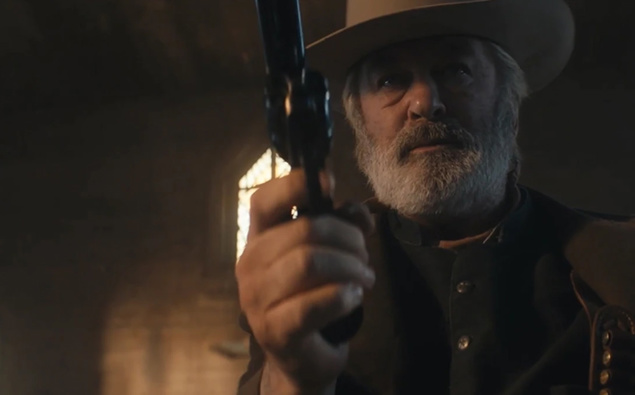 Alec Baldwin can be seen handling the gun that killed Halyna Hutchins in newly released footage.

The Santa Fe County Sheriff’s Office has released “all files associated” with its ongoing investigation into the death of the cinematographer, who died in October 2021 when a gun being held by lead actor Baldwin went off on the set of the western movie Rust.

In a statement, Sheriff Adan Mendoza said: “Today the sheriff’s office is releasing all files associated with our ongoing investigation. “The files are all related to the Rust movie set investigation and include lapel/dash camera footage from deputies and detectives, incident reports, crime scene photos, examination reports, witness interviews, set video and staff photos collected throughout the course of this investigation.”

Included in the files is footage from earlier in the day of the incident on October 21, showing the 64-year-old actor drawing the gun and aiming it towards the camera.

The video has no sound, but shows the actor going through the scene as he sits in a church pew with his Stetson hat over his eyes.

He then looks up and pulls the gun out of his jacket pocket.

In other videos, first responders can be seen treating Hutchins and director Joel Souza after the gun misfired, while Baldwin can be seen asking about their condition.

Meanwhile, other footage shows the actor speaking to a deputy and being asked if he is alright before replying: “No, I’m not, actually.”

There are more materials still being collected in the SFCSO’s investigation which wasn’t included in the release on Monday.

Mendoza added: “Once these investigative components are provided to the sheriff’s office we will be able to complete the investigation to forward it to the Santa Fe District Attorney for review.”

According to TMZ, the report highlighted two other misfires that had occurred during filming prior to the fatal tragedy, and the OHSB felt they went largely unaddressed by the official safety point person among the crew, who they named as assistant director Dave Halls.

The document noted several crew members expressed concern about these misfires, as well as other weapons-related issues, but no training or other corrective measures were put in place to address the problems.

The report also accused assistant director Dave  Halls of breaking protocol by handling the weapon and passing it to Alec without consulting a specialist either during or after the gun was loaded, and suggested producers had no system in place to ensure real bullets did not end up on set.

Under federal requirements, Rust Movie Productions, LLC have been given 15 days to pay the penalty and provide OHSB with certification of corrective action, or alternatively, to contest the citation with the

In February, the cinematographer’s family filed a wrongful death lawsuit against Alec – who has insisted he didn’t pull the trigger on the firearm – seven other producers, and various crew members including armorers Hannah Gutierrez Reed and Seth Kenney.