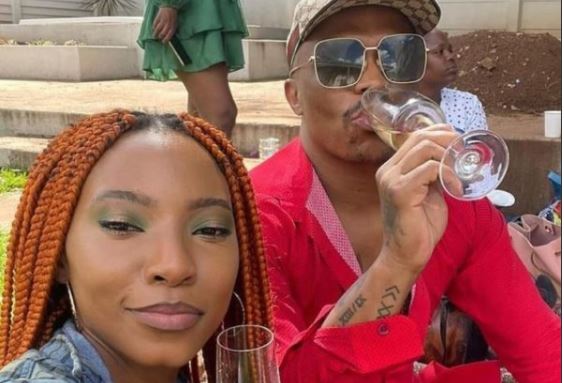 In the 8th episode of Living The Dream with Somizi, she claims to respect people’s beliefs and will support her dad, but she personally doesn’t believe in it.

“I don’t believe in engaging with my ancestors. I’ve always respected it and whenever there’s a ceremony, I’m there to help. I do it because I honour you and respect your culture. It’s not necessarily something I believe in. We believe in different things and in this sense, it’s about me. I want to do things my way. I know you and my mother want me to do things customarily, but I don’t want to,” she said.

Som responded by saying he respects her decision but he drifted to saying that she will one day abandon her current belief.

“I’ll never decide what you do with your life because it’s your life and you need to be happy. When it comes to tradition and culture, I will not impose anything on you because I respect other people’s beliefs. You’re an adult. But one day, you will look back and say: ‘He was right’, and you will throw away the Bible,” he said.

The media personality said he was once like her but he grew up and accepted the ancestor’s call.