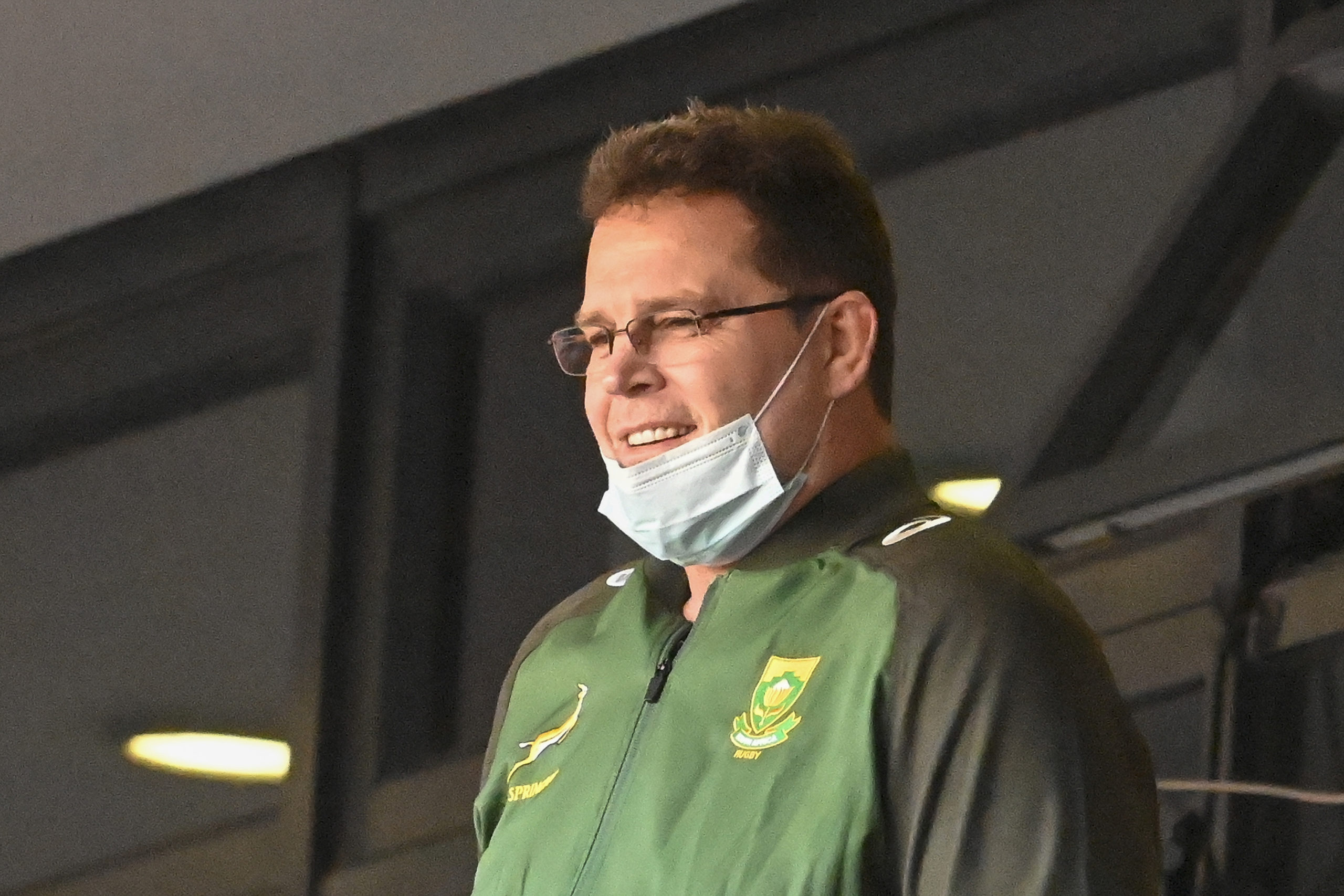 Erasmus has quickly come to the end of the World Rugby ban from all rugby activity after his infamous 62-minute video in which he criticised the governing body’s match officials – in particular Australian referee Nic Berry – after the first British & Irish Lions series Test in July 2021.

READ | RASSIE TAKES TO TWITTER AGAIN… THIS TIME IN VERNACULAR

Erasmus will officially be able to resume most Springbok job-related activities from this weekend onwards, but will only be able to be involved on match-days from October onwards.

With the matter now considered close from both parties, we summarise the convoluted timeline of events that evolved into one of the biggest officiating controversies the game has seen.

Thursday, 22 July 2021 – World Rugby appoints Marius Jonker as TMO for the Test series after Brendon Pickerill is forced to withdraw because of Covid-19 disruption.

Friday, 23 July – One day before the first Test, reports emerge simultaneously in all major British & Irish news outlets that Gatland is ‘furious’ about Jonker’s appointment.

Sunday, 25 July – Springbok management attempt to contact World Rugby and Nic Berry for clarity. WR doesn’t respond, while Erasmus later states that Nic Berry was “asleep” at the time he tried to get hold of him the Sunday after the first Test.

Monday, 26 July – The new training week starts for the Springboks but World Rugby has yet to provide any feedback from Saturday’s game.

Tuesday, 27 July – With only three on-field training sessions remaining before the second Test, World Rugby provides its feedback from the first Test. Erasmus makes the now infamous video in response to what he deemed to be insufficient clarity.

Saturday, 31 July – Second Test. The Springboks bounce back with a convincing victory in an ill-spirited affair with plenty of off-the-ball incidents.

Monday, 2 August – World Rugby confirms that both Erasmus and SA Rugby will face a disciplinary hearing as a result of the leaked video.

Saturday, 7 August – Third Test. Springboks seal the series with a 19-16 victory in the final Test.

Tuesday, 24 August – Erasmus’ disciplinary hearing commences. His lawyers maintain that he did not leak the video.

Thursday, 26 August – Springboks release a media statement saying that Erasmus would not be travelling with the side to Australia for the Rugby Championship to allow the players to remain focused.

Saturday, 6 November – With the case dragging on, Erasmus appears in the coaches box as the Boks fight back to claim a win over Wales in the opening game of the end-of-year tour.

Saturday, 13 November – Rassie returns to his role as a water carrier for the game against Scotland, with some criticising him for his sideline ‘coaching’.

Wednesday, 17 November – Erasmus receives a double suspension from World Rugby, with SA Rugby stating they will appeal the verdict.

Thursday, 25 November – SA Rugby and Erasmus withdraw their appeal, and apologise publicly to the officials. The matter is considered closed.

Saturday, 15 January 2022 – Erasmus’ 60-day ban officially draws to a close, opening the door for him to resume the majority of his duties from Monday, 17 January