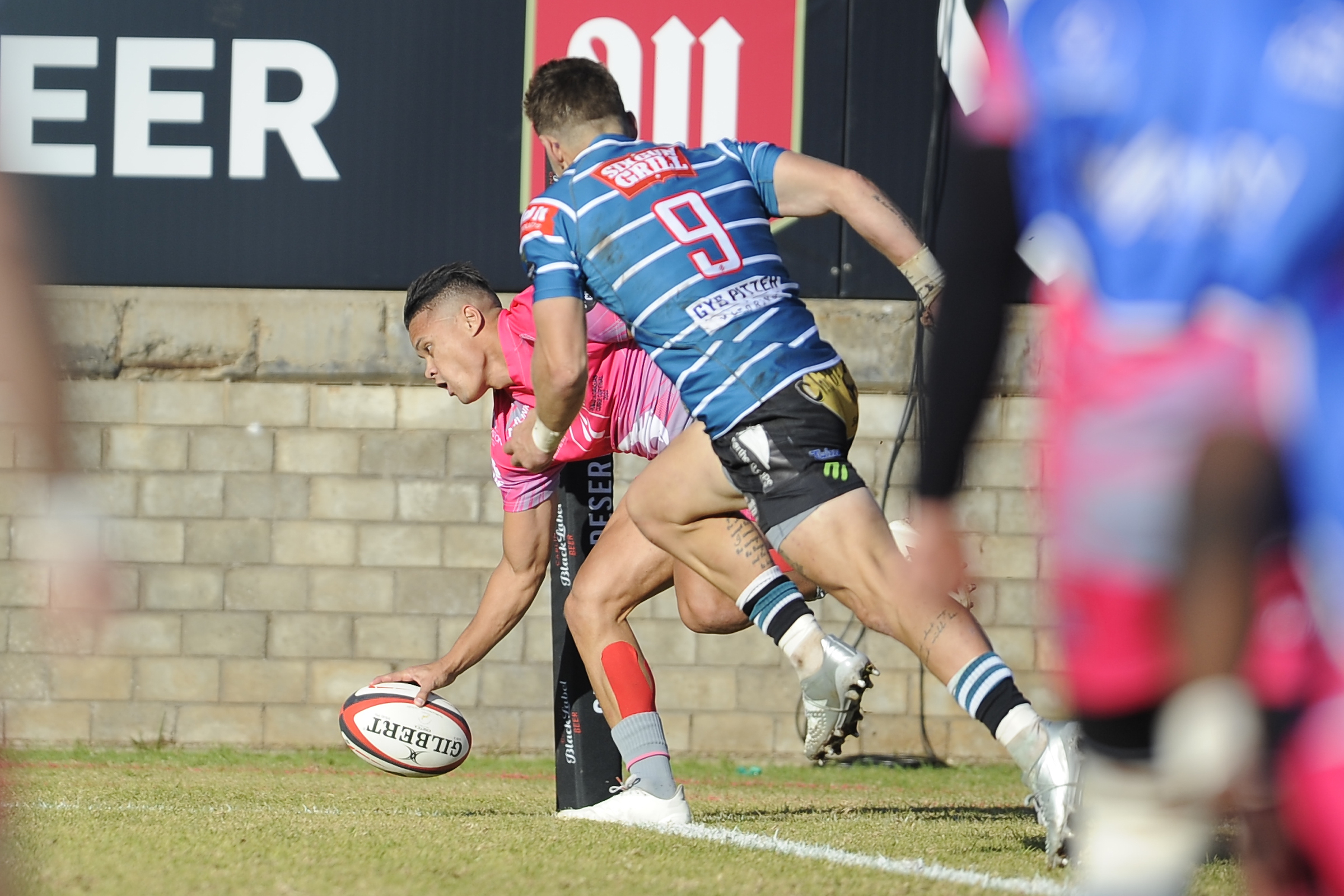 The Pumas became the eighth union to lift the Currie Cup trophy after they beat Griquas 26-19 in the final in Kimberley.

The Pumas showed enterprise early and were rewarded when Eddie Fouche nudge over a penalty to give his side the lead.

Shortly afterwards George Whitehead answered with one of his own and the hosts started to use their kicking game to take charge.

Whitehead gave Griquas the lead but the Pumas would play the more adventurous game and poor kicking out of hand from Griquas left them under pressure.

Twice poor kicks would lead to Pumas tries, first as Devon Williams was set away into the corner after a great skip pass from livewire pivot Tinus De Beer.

Fouche and Whitehead traded penalty kicks before the Pumas maul rumbled over in the corner.

That score was set up when Whitehead kicked a restart straight into touch and two penalties allowed the Pumas to set up a lineout in the corner from whence Eduan Swart would rumble over in the boot of the maul.

The Pumas led Griquas 9-18 at half time.

Williams looked to have scored a sensational try from 50 metres out but had received a forward pass before a great run, kick and chase and that kept Griquas in the contest.

However, the Pumas looked the more confident side and soon added the first points of the second half from the boot of Fouche.

Griquas then made things harder for themselves as they won a penalty only to see it turned around for foul play as Werner Gouws stuck his hands in a Pumas players face.

Just after that the Pumas produced another moment of magic and skipper Willie Engelbrecht sprinted into the corner for a fitting score.

Griquas managed sustained pressure in the 22 but initially were repelled before Munier Hartzenburg scored a sensational try in the corner to get the crowd back into it.

Soon after though Griquas were back under pressure after a charge down forced Whitehead to carry back and dot dead.

While the Pumas didn’t score in that patch of play they used up vital minutes camped in the Griquas 22.

There would be just 15 minutes on the clock when Griquas got back into the Pumas half and their attack lacked any great incisiveness.

Poor discipline scuppered Griquas’ attempts at finding a way back into the game late on.

With time running out Griquas had a chance to close the gap to seven points but Whitehead kicked it into the upright, however he made amends soon after slotting from 40 metres out to give his team a sniff.

A last desperate attack ended with a penalty won by Engelbrecht and the Pumas got the job done.