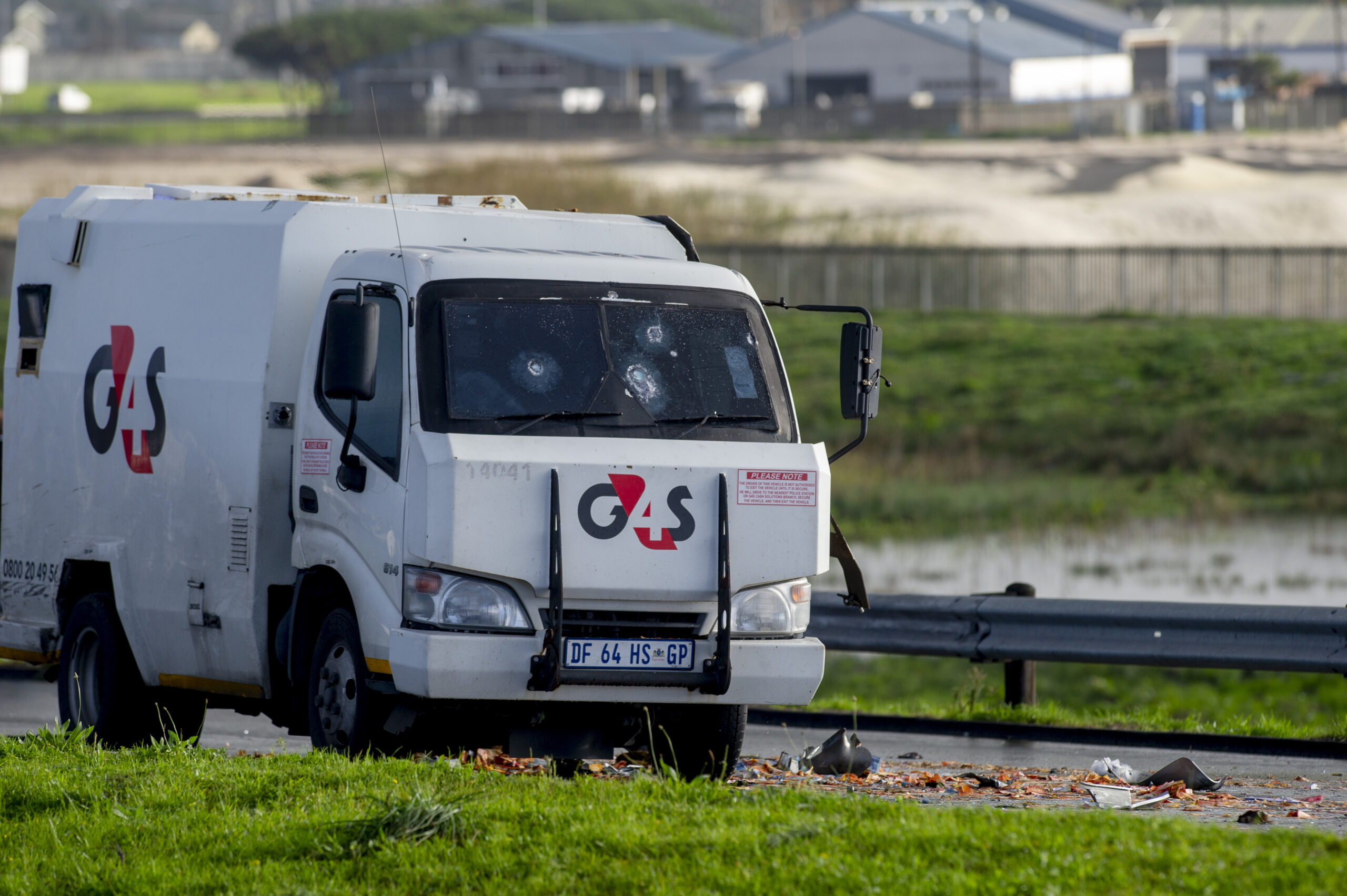 A lot can change overnight, but we’ll keep you in the know with the latest news stories and headlines in South Africa on Sunday 9 January 2022.

An innocent family was yet again affected by crime in South Africa. A cash-in-transit vehicle was allegedly rammed from behind by a Mercedes-Benz sedan causing it to roll over a private vehicle. A 44-year-old father was killed in the accident while his wife and children were injured.

Meanwhile, police are offering a R50 000 reward to members of the public who may have information that can lead to the arrest and conviction of the suspects involved in the kidnapping of an eight-year-old boy who went missing on Christmas Day.

A 44-year-old man was killed in Gauteng on Friday afternoon, 7 January, in a failed cash-in-transit heist. A gang of suspects rammed the van and it rolled onto the vehicle the deceased was travelling in.

A G4S cash-in-transit vehicle was travelling on Van Dyk Street, near Carnival City, when it was allegedly rammed from behind by a Mercedes-Benz sedan.

“It is reported that the cash truck rolled over a private vehicle and allegedly killed a 44-year-old father and injured his wife and children,” said Netshiunda.

The cash van security guards were injured in the accident and taken to a hospital for medical treatment.

According to the police report, two spent bullet cartridges were found and the suspects used three vehicles – an Audi, VW Golf and the Mercedes Benz.

Click here to read more about the tragic incident.

The North West police are offering a R50 000 reward to members of the public who may have information that can lead to the arrest and conviction of the suspects involved in the disappearance of an eight-year-old boy who went missing on Christmas Day.

He was playing in the street with his friends at Segakwaneng Village near Rustenburg.

“At the time of his disappearance, he was wearing camouflage shorts, with a black t-shirt and grey slippers,” said Myburgh.

Len Cloete recognises his wife and has kissed her [Update]

Len Cloete, the man who was shot by police at a lodge in Muldersdrift in November, has started rehabilitation, recognises his wife, and has kissed her.

Private investigator Mike Bolhuis of Specialised Security Services confirmed that Len had been placed into a rehabilitation facility.

“He is much better. His eyes are open and showing proper identification with his eyes. He recognises his wife, he kisses her.”

Bolhuis added that Cloete had regained sensation and feeling on one side of his body.

“He can make move with the one side, and he is awake.

“It is a miracle. He is getting rapidly better. We are extremely thankful for the medical practitioners, and the doctors, and the hospital. We appreciate those who have prayed for him and will keep everyone updated on his health and the case,’’ he said.

The Minister of Police Bheki Cele spoke to journalists in Polokwane ahead of the ANC’s big 110th birthday bash at the Old Peter Mokaba Stadium on Saturday, 8 January.

He confirmed what many suspected and said the electricity disruption during President Cyril Ramaphosa’s speech at the party’s fundraiser gala on Friday night was no accident.

The lights went out while Ramaphosa was speaking at the Protea Ranch Hotel in Limpopo at approximately 21:30.

Shortly after the disruption, security officers whisked Ramaphosa and his second in command, Deputy President David Mabuza, away from the gala venue. Fifteen minutes later the lights were turned back on.

Click here to read more about this strange incident.

A police officer on patrol in Eastern Cape was shot and wounded by a pair of suspects in late 2021. The Hawks arrested one of the wanted men on Friday, 7 January, and linked him to several other offenses.

He was arrested by members of the East London Serious Crime Investigation (SOCI) Hawks team at his home in Ndevana Location, King Williams Town on Friday.

“It is alleged that on the 23 November 2021 at about 17:00 Warrant Officer Swanepoel of East London K9 Dog Unit was on patrol duties in Quigney area, East London when he noticed a suspicious-looking motor vehicle.

Take a look at weather forecasts for all nine provinces here.

Stay one step ahead of the traffic by viewing our live traffic updates here.