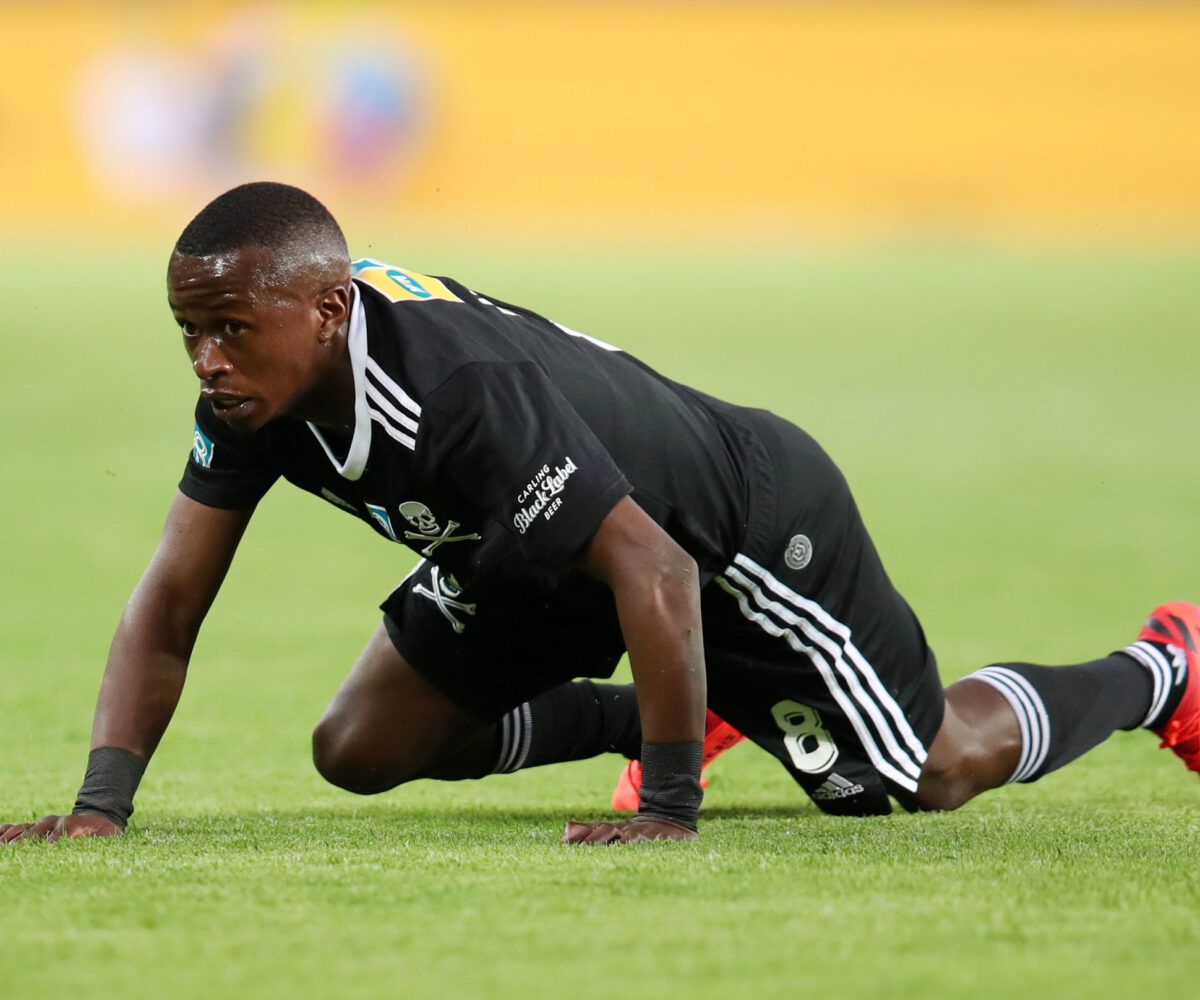 Orlando Pirates utility player Siphesihle Ndlovu is reportedly unhappy at the club and is seeking at least a loan move away.

It is believed that Ndlovu, is hoping to secure a move away from Pirates this January transfer window, with the most likely option being a temporary switch.

Ndlovu has failed to live up to expectations

Ndlovu is now in his third season at Pirates, having arrived under much clamour alongside former midfield partner Fortune Makaringe from former club Maritzburg United. The duo where key components of the KwaZulu-Natal based side during their time at the Team Choice. It was then believed that they would pick up where they left off, upon joining the Buccaneers but it was not to be.

Unfortunately it would be just Makaringe who would have the fortune of more regular playing time, with Ndlovu having to bide his time before finally getting a run in the Pirates side. Furthermore, that opportunity was often hard to come by for the pint-sized player, with his versatility having to come to the fore more often than not. He would get most of his opportunities in an unfamiliar right back position at a stage, but as of late, it looks likes opportunities have dried up in any position.

He has been looking to leave Pirates on loan

That then prompted Ndlovu to speak to his representatives in effort to get him a move away from Pirates this transfer window. Now after things had seemed to go quiet on that side of things, there was talk that Cape Town City were interested in taking the player on a loan deal. However, according to the latest update on that front, there has been no talks between Pirates and City for the player, and as it stands, he is set to continue with the Sea Robbers.

No Cape Town City move yet…

It now remains to be seen if that will be the last update on the matter or this may just be the calm before the storm and City will come in and engage Pirates for Ndlovu at a later stage in the window.