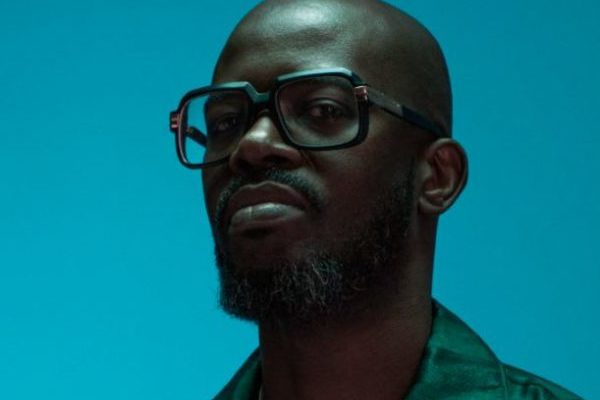 Nkosinathi Innocent Sizwe Maphumulo whose stage name is Black Coffee, is a South African DJ born on the 11th of March 1976; the DJ turns 46-year-old today and we’ll like to journey through his biography in this article.

The star went through every phase a star ought to experience to reach the peak. He didn’t just wake up as a celebrated DJ globally, but he started small and hustled till he could perform at international stages.

He was born in Durban in KwaZulu Natal and grew up in the Eastern Cape in Mthatha, before moving back to Durban to study music at Natal Tech where he majored in Jazz. he officially began his music career in 1994, and he’s released a minimum of 7 albums.

Mamphumulo has been djying for years with one hand, which is his right hand; it was revealed that the left hand suffered severe injury in 1990 celebrating the release of Nelson Mandela.

Black Coffee with two friends Thandukwazi “Demor” Sikhosana and Mnqobi “Shota” Mdabe worked as backup vocalists for the renowned Madala Kunene. Deciding then to form an urban soul trio “Shana” the three moved to Johannesburg to make their way.

The DJ’s break into the DJ scene was when he participated in the Red Bull Music Academy in 2003. His song “Happiness” which featured on the “DJs At Work” album got him into the limelight.

Maphumulo launched his career with a remix of Hugh Masekela’s 1972 hit Stimela. Later that year, he released his self-titled debut album, and created his record company, Soulistic Music.

In 2010, he tried to make it to Guinness Book of World Records when he performed for 60 hours non-stop at Maponya Mall, Soweto.

In 2012, the “Africa Rising” DVD and triple-CD sold double platinum in a space of a month.

In 2013, he performed internationally at locations such as Southport Weekender, Panoroma Bar, Circoloco, Boiler Room.

In 2016, he performed at Coachella Valley Music and Arts Festival, and Ultra Music Festival. At the end of the year, he was ranked 91st on Resident Advisor’s top 100 DJs list.

In 2017, he worked on Drake’s album; in 2018, he collaborated with David Guetta in a song titled, Drive, which is one of his most streamed songs. That same year, he released a seven-track EP titled Music Is King.

On 5 February 2021, Black Coffee released his seventh studio album, Subconsciously, which has gained him a Grammy nomination at the 64th edition for the first time.

In 2022, the International DJ’s 2015 song titled Inkodlo Kamashimane was featured in an American film, Matrix Resurrections.

Since the divorce and separation, he’s been private about his love life.

Mamphulo reportedly has a daughter as he flaunts her a lot mostly on his Instagram stories.