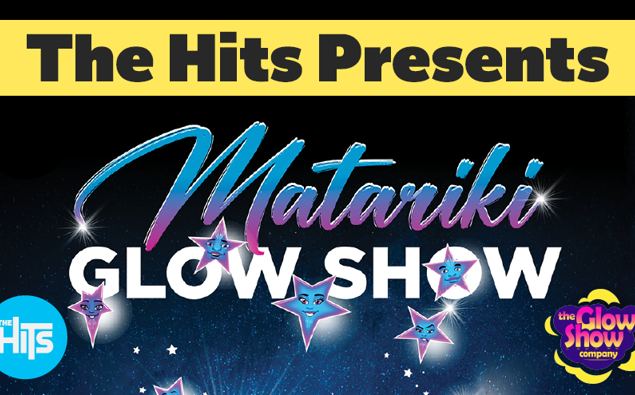 The magical MATARIKI GLOW SHOW is coming to a theatre near you right here in Northland!

This wildly flamboyant, addictively toe-tapping show is fitting celebration of an incredible event, our first Matariki holiday! The MATARIKI GLOW SHOW tells the gorgeous story of te kāhui whetū o Matariki (the star cluster/whānau of Matariki) as they gather to light up the skies for te tau hou Māori (Māori New Year). But where is here is the smallest star Waipuna-a-rangi? Could she be lost in the moana?  The show brings this mythical tale to life with its unique puppets, which glow under UV lights in a black box theatre and intrigue tamariki wherever they go. Delightfully told in te reo Māori and English, the Matariki Glow Show educates as it entertains, with its cutting-edge concept, upbeat original soundtrack, and themes of whakawhanaungatanga, friendship and togetherness.

The MATARIKI GLOW SHOW will perform at 40 venues, from Kaitaia to Invercargill, with two different shows – a concise version for under 5s, and a longer version with Q&A for 6- to 12-year-olds. Shows sell out so book your tickets here, fast!