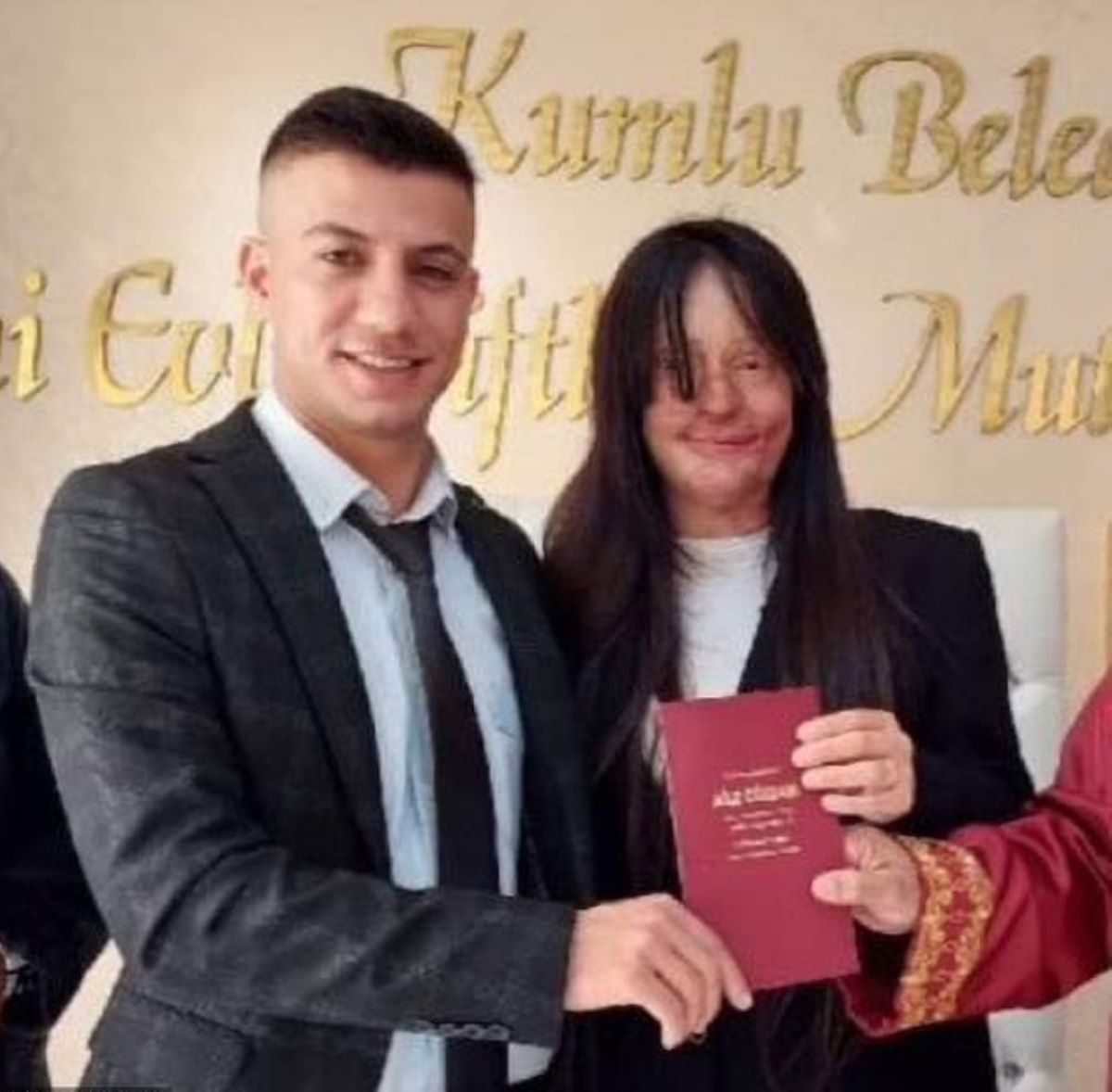 This story has people completely gobsmacked: A 20-year-old woman has married her abusive boyfriend, despite having done the unthinkable to her – throwing acid on her face and subsequently leaving her disfigured.

The savage attack on Berfin Ozek (20) occurred in 2019 after she had broken up with Casim Ozan Celtik (23). According to Daily Mail, the former couple from Turkey, had been arguing when Celtik threw the chemical substance, which not only changed her appearance for the worst, but also left her partially blind.

During the vicious assault, Celtik is reported to have told her that if he can’t have her, then nobody else can.

Here’s what led to them getting married: After Casim Ozan Celtik doused his former girlfriend Berlin Ozek’s face with acid, she went to police to lay a complaint against him. Celtik was soon arrested but it wasn’t long before he started begging her for forgiveness and bombarding her with messages proclaiming his “undying” love for her.

Ozek then gave in and withdrew her complaint against him, writing that she still loved him and didn’t want him in prison.

“I am not comfortable with him being between four walls there. We have written many letters to each other. I have given myself to him. I love him very much, he loves me very much.”

There was soon some backlash on social media over her decision to drop the charges against her thug boyfriend, which prompted her to rethink the situation. Ozek then asked her lawyer to reinstant her complaint. A court in the district of Iskenderun in the Turkish province of Hatay then sentenced him to more than 13 years behind bars.

However, a change in law (including COVID-19) led to him being released on probation. News of his release sparked outrage, with many complaing about the leniency of his sentence. After his release, Celtik proposed to her and she accepted. They married this month, with photos showing the disfigured bride signing legal documents as her smiling beau looks on.

Her father was so upset that he refused to attend the ceremony.

According to Newflash, the distraught dad told local media: “She married without our knowing. I’ve fought for her for years, and now all of this has been in vain.”