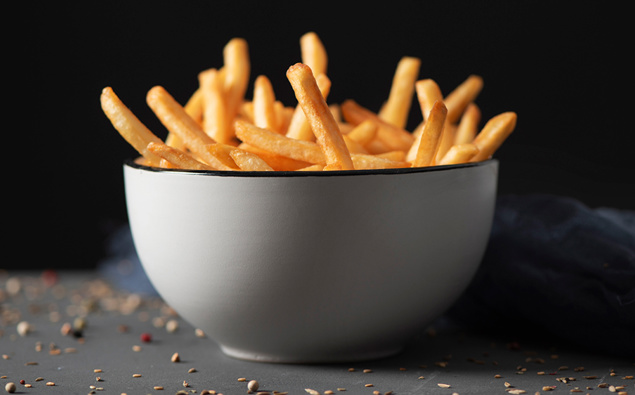 But eating them immediately after sex – like, straight after sex – sounds a tad strange to us.

However, according to a study by ChannelMum, post-sex fries are the latest and greatest sworn-by old wives’ tale to help boost fertility.

That’s right, women who are trying to conceive believe the high salt content from the chips helps improve their chances of putting a bun in the oven.

ChannelMum says their research revealed 71 per cent of people try some “wacky” methods in a bid to get pregnant.

Here are some of the other methods that aspiring mums have tried:

– Wear socks during sex and for the week after to keep your feet warm
– Eat dark chocolate every day
– Avoid having an orgasm for a week after sex
– Use reverse psychology and tell yourself you don’t want a baby
– Eat pineapples and drink pineapple juice
– Wear green and use green bedsheets
– Pierce your nose on the left side
– Don’t just put your legs in the air but ‘bicycle’ them for at least three minutes
– Sleep in total darkness. Switch off your phones, devices and wifi
– And for the men – wear frozen underwear