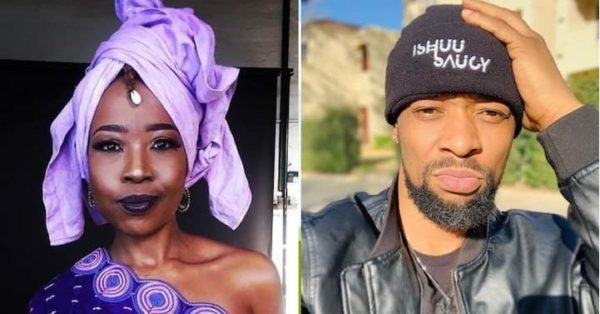 Ntsiki Mazwai has thrown a big shade at SK Khoza after disturbing videos of him went viral.

Khoza has been all over social media for days after causing a commotion in front of an unknown building went viral.

The alleged drunk actor pitched a tantrum without footwear, in front of what looked like a hotel.

He later denied claims that he was under the influence of drugs, saying the white man had provoked him, hence his erratic behavior.

Another video was also shared saw him hurling insult on another man in a different location.

Ntsiki reacted as she accused him of being a junkie.

Even though she did not mention his name, she wrote on Twitter: “Your fave is a junkie…….. Your fave needs rahab.”

Your fave is a junkie…….. Your fave needs rahab.